A renowned opera singer with a social conscience. 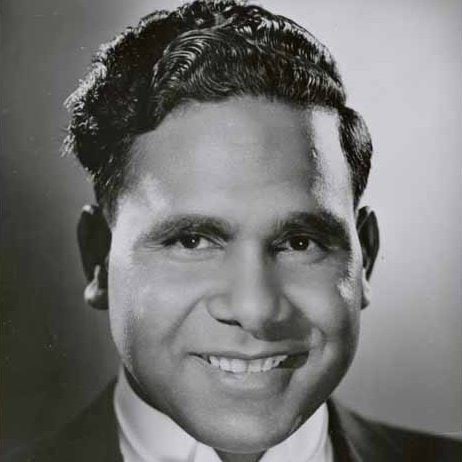 Harold Blair’s beautiful voice captured the imagination of the Australian public. His unprecedented achievement as the nation’s first Aboriginal tenor opened the door for future generations of Aboriginal artists, and he used his high profile to demand better treatment for his people.

Harold was born at Cherbourg Mission in Queensland in 1924. His mother, Esther Quinn, was 14 years old. She and Harold were later transferred to Purga Mission, near Ipswich, where Harold spent his childhood, much of it without Esther, who worked as a domestic.

From an early age, Harold loved to sing, and would spend hours listening to records on the mission’s wind-up gramophone. A born entertainer, his talent for mimicry delighted his peers. Harold attended the mission school until the age of 13 years. Several years of farm work followed, although the mission received most of Harold’s wage.

In 1942, 18-year-old Harold was one of hundreds of Aboriginal men sent to work in the cane fields as part of the war effort. While in Fairymead, Harold’s singing caught the attention of his employer and he was soon performing regularly at local events. Then came a fortuitous encounter with a union man named Harry Green.

From the moment he heard Harold sing, Green was convinced of his potential. He insisted that Harold relocate to Ipswich and take singing lessons. He then arranged an audience with the soprano Marjorie Lawrence, who was impressed by Harold’s raw talent. Her insistence that Harold be professionally trained was widely reported at the time. However a campaign to send him to a top music conservatorium was initially unsuccessful.

The breakthrough came after Harold sang on a radio talent show in 1945. His performance attracted a record number of votes from listeners, and within months he was accepted at the Melba Conservatorium of Music in Melbourne. Despite his limited mission education, Harold impressed with his hard work and commitment. The consensus was that he could be a tenor of world renown. Study was stressful, but Harold played cricket to unwind.

The novelty value of an Aboriginal opera singer meant that Harold attracted significant publicity. He began to make public appearances and perform recitals. He also attracted praise from a visiting American baritone, Todd Duncan, who invited him to study in the United States.

In 1949, Harold graduated with honours, becoming the first Aboriginal person to achieve a Diploma of Music. The same year he married Dorothy Eden, a fellow student with whom he had fallen in love. They went on to have two children, Nerida and Warren.

To raise money for his study trip to America, Harold toured Australia extensively, delighting audiences wherever he went. He went on to spend 18 months in America, where he was struck by the progress that had been made by the African American population compared to his own people. Following a triumphant performance at the New York Town Hall, he returned to Australia in 1951 determined to see change. He began to use his unique position to speak publically about Aboriginal disadvantage, as well as the importance of education for Aboriginal children.

While in America, Harold accepted an invitation from the ABC to join a major national tour marking Australia’s jubilee. He saw the tour as an honour and returned home before his studies were complete. Harold received standing ovations night after night, in towns and cities around the country, but the gruelling schedule took its toll on his voice. Although his voice recovered, his ABC contract prohibited him from singing professionally for three years. With his appearances limited to private functions and occasional benefit concerts, Harold took a job at a hardware store.

In 1956, Harold began teaching part-time at the Melba Conservatorium and released his first and only recording.

Despite positive reviews for a local production, Of Mice and Men, the momentum that should have propelled him to international stardom had waned. Increasingly Harold’s focus was on Aboriginal rights. He campaigned alongside other prominent community leaders and was regularly invited to speak on social issues. Harold was elected to the Aborigines Welfare Board and, upon returning from a year-long tour of Europe with his family in 1958, became an active member of the Aborigines Advancement League.

Following a run in Uncle Tom’s Cabin in 1962, Harold arranged for a group of Aboriginal marching girls from Cherbourg to perform at Melbourne’s Moomba festival. The success of the visit led to the creation of the Harold Blair Holiday Project. For more than a decade, hundreds of Aboriginal children from country areas of Australia were treated to trips to Melbourne.

In 1964, while his wife ran the family business, Harold ran as a candidate for the seat of Mentone in the Victorian state election. He was narrowly defeated after the distribution of preferences. Following a brief period in South Australia, Harold returned to Victoria and became a music teacher. He taught at schools in Sunshine and Ringwood, earning praise for his “near genius as a choirmaster.”

Harold returned to the stage in 1973 for a performance of the Aboriginal opera Dalgerie at the newly opened Sydney Opera House. The same year he was appointed to the Commonwealth Arts Board.

In 1976, Harold was made a Member of the Order of Australia (AM) in recognition of his service to the arts. Sadly, he passed away following a heart attack the same year. He was posthumously inducted to the Live Performance Australia Hall of Fame. In addition, each year the Melba Opera Trust awards an Aboriginal student the Harold Blair Opera Scholarship. The Federal Lower House seat of Blair in Queensland, created in 1998, was named after Harold. He is also the subject of a published biography and a documentary.

As an opera singer, Harold challenged long held misconceptions about what Aboriginal people were capable of. Whether in concert halls or at rallies, he moved audiences with the power of his voice. It is a voice that continues to resonate.